In previous posts, we talked about the concept of being remote. Workers can now hold a job and perform various tasks without having to be situated on office grounds or in their cubicles.

IS TECHNOLOGY REDUCING THE NEED FOR HUMAN PRESENCE?

For now, the primary viewpoint behind the “remote” concept is that several businesses are joining the digital market – turning to the cloud or virtual applications to share data and get things done. This limits the need for in-house workers in most companies, allowing them to save on both employee wages and utility and maintenance fees.

Advancements in technology have ultimately led to a remote workforce that’s never been as present as it is today, but it can also be said that humans don’t serve the purpose they once did, particularly in manufacturing. Machines and computer automation are gradually taking over, reducing the risk of human error and making the need for physically present employees nearly obsolete.

MACHINES VS. HUMANS: WHO WOULD WIN?

As we’ve mentioned before, time brings about change, one being autonomous intra-plant logistics in factory settings. This involves machines and equipment that are unmanned by human workers and able to do some heavy lifting on their own. They require minimal intervention, and can transfer products or data with little to no supervision.

This kind of technology has been witnessed in vehicles for years. Recently, a Google test involving autonomous cars took place in Mountain View, California. The car crashed unexpectedly, causing many to question the reliability of the computer system controlling the car. The fact is, however, that these cars have already driven over one million miles without incident, so while further tests may be needed, it’s looking like the applicable technology boasts a few positive points.

The notion of employing computers to control vehicles over humans decreases the risk of auto accidents and makes city streets (and humans) safer, but the concept doesn’t simply apply to the automotive industry. In manufacturing, the idea of implementing only autonomous equipment that can run the floor alone has been a subject of wide speculation, though the challenges of such a concept still weigh rather heavy. 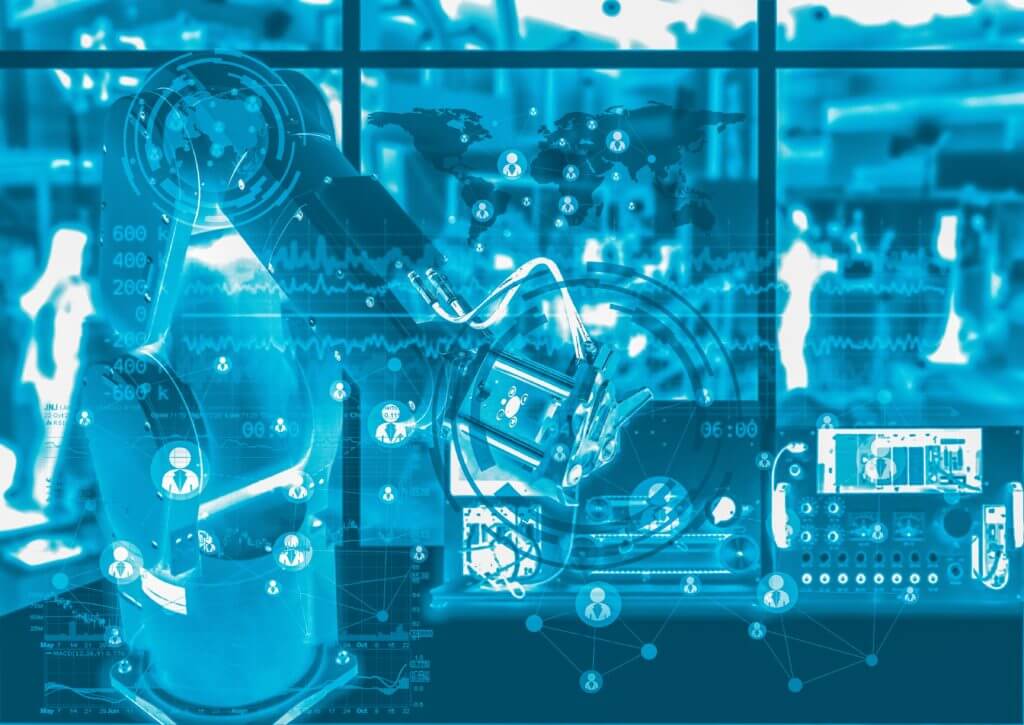 SOME CHALLENGES OF AUTONOMOUS MACHINES.

One problem would be the lack of human presence. While machines make modern factory-settings fit to meet present production needs, the knowledge and experience humans carry are still too valuable. Furthermore, machines are susceptible to certain technical glitches and vulnerabilities. Shutdowns and other serious errors can occur, and it would likely take time for things to get back up to speed without a little human intervention.

The technology necessary for full machine autonomation in manufacturing is also quite expensive, and most autonomous machines available to manufacturers are limited in how far they can move, or how fast they can perform certain duties.

LEARNING HOW TO COPE.

The good news is that the technology is still relatively new, and bound to remain in a “developmental stage” for some time. This ultimately allows manufacturers to at least cope with the challenges that come with autonomous machines (at least until things “ease up”). For example, as the technology becomes more available on the market and further testing occurs, advancements will be made to remove some of the performance burdens it’s currently facing. Applications are also likely to fall in price, thus allowing manufacturers to stay within any set budgets.

This leaves the final problem to tackle, which is the absence of human intervention. The best solution (for now at least) is to let autonomous machines share the floor with human workers. As they undergo their developmental stages, these machines will be in a process of learning – about what they can do and how best to do it. Humans will be in a stage of learning as well. They’ll be in a position of observing the machines; of seeing if and where they need to interfere, and ensuring problems don’t occur during the early phases. A human presence, even one that’s limited, can strengthen safety and production standards while the machines learn their place and incur further advancements…

So, while machines may wind up ruling the Earth in time, there’s no doubt that humans still hold their place, and can serve a grand purpose in today’s global business operations.

The smartest factory in the world.

How the IIoT optimizes production flow.

We use cookies to provide a variety of services, to improve our website and to offer you the best possible experience.

We also commission service providers to compile statistical evaluations of the use of our website. In order to be able to statistically evaluate your stay on our website, we need your consent. By clicking on "Accept all" you consent to the use of all cookies and the associated evaluations. Your consent also includes that our service provider can, if necessary, access the usage data stored in the EU from locations in the USA and the UK for maintenance purposes. The countries mentioned do not have a level of data protection that corresponds to the EU and there is a risk that your data will not be processed there according to EU standards. You can manage, change or revoke your cookie preferences at any time in the "Cookie Settings". You can find the "Cookie Settings" as a link in the footer of our page.

Any cookies that may not be particularly necessary for the website to function and is used specifically to collect user personal data via analytics, ads, other embedded contents are termed as non-necessary cookies. It is mandatory to procure user consent prior to running these cookies on your website.

Analytical cookies are used to understand how visitors interact with the website. These cookies help provide information on metrics the number of visitors, bounce rate, traffic source, etc.

Other uncategorized cookies are those that are being analyzed and have not been classified into a category as yet.

Save & Accept
Powered by